Belgrade is the centre of culture and art of Serbia. It is Belgrade where our most notable artists create, where over 11.000 theatrical performances, exhibitions, concerts, performance events, and other artistic programs are presented and where prominent authors in the world of art are hosted. Belgrade is the centre of the highest state and national institutions of culture and art: Serbian Academy of Arts and Sciences, the National Library of Serbia, the National Museum, the National Theatre and the University of Arts.

It is Belgrade where the most significant works of architecture are located, with Kalemegdan accommodating Belgrade Fortress, cultural monuments and other immovable cultural treasures, numerous archeological sites with remnants of developed civilization and culture on Belgrade territory from prehistory until this day.

The City of Belgrade is the founder of 30 cultural institutions (12 theatres, 8 institutions for protection of cultural values, 4 libraries, 6 cultural centers and galleries) and at the same time contribute in the implementation of schedules and scheduled attractions of institutions and artistic associations.

The City of Belgrade is the founder of 11 cultural events (FEST, BITEF, BEMUS, BELEF, International Competition of Music Youth, Festival of Documentary and Short film, October Salon, Joy of Europe, Belgrade Book Fair, Sopot Film Festival, Belgrade Jazz Festival), and also the supporter of 69 events in the field of culture performed in Belgrade. 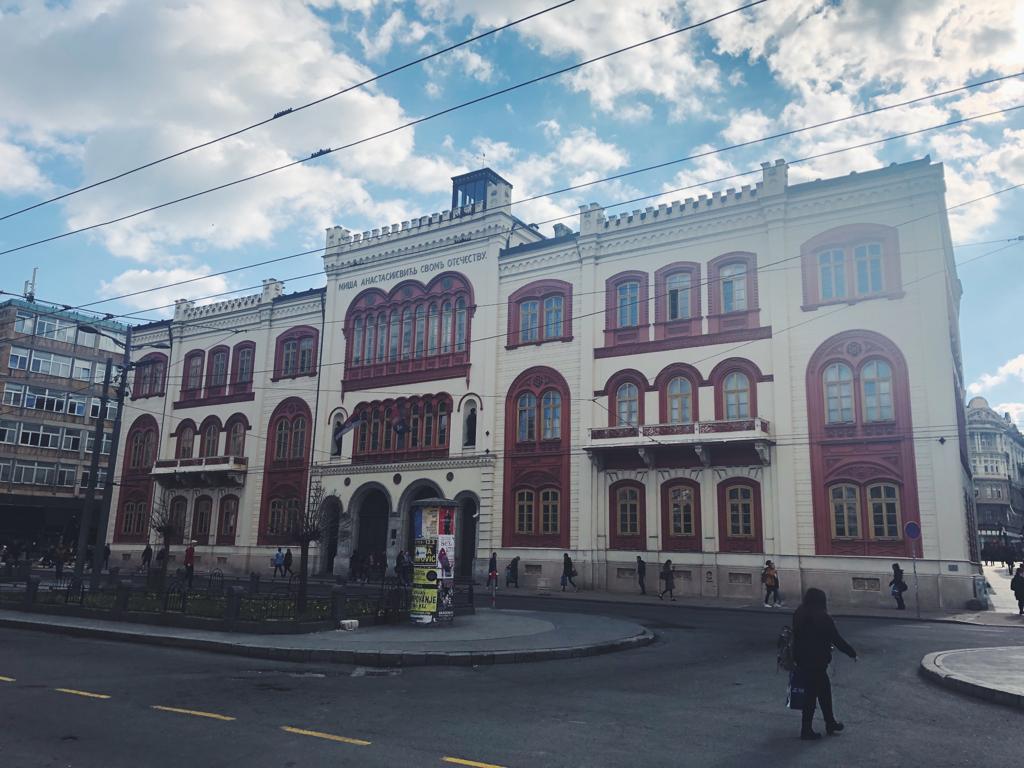 As a university center Belgrade has 2 public universities and several private higher education institutions. The educational system covers approximately 230,000 students and more than 22,000 employees in over 500 school buildings, on approximately 1,100,000 m2. Belgrade is also a seat of world-class scientific and research institutions form all areas.

The highest educational institution of Belgrade and Serbia, the Belgrade University has 31 faculties, 8 scientific institutes and a library. Its roots date back to 1808, when the Velika škola (Great School) in Belgrade was founded. The first Serbian University was formally founded on February 27, 1905, and it included three faculties: of Philosophy and Law and the Technical Faculty.

First 5 reasons why to study in Serbia

1. A recognized diploma in the world

What you can be sure of when enrolling at some of the Serbian faculties is that the diplomas you acquire at the end of your studies are recognized in a larger number of countries, both Europe and the rest of the world.

And for those particularly picky, faculties In Serbia they can boast an incredibly large number of signed cooperation agreements with International faculties. This option gives you the opportunity to start your higher education in Serbia, and as you wish, you can continue it at some of the partner Universities.

As partner Universities, Serbia has signed cooperation agreements with universities from : Italy, Austria, Belgium, Spain, China, Japan, Greece and many other countries of the world.

2. A large number of universities

What Serbia has on offer is 4 state universities with over 70 faculties that are incorporated in them. Also what is commendable is strong private faculties that we can say tthat successfully follow all of the European and World standards.

Also, there are a large number of faculties that offer accredited English language education programs, among which are:

In addition to Bachelor academic studies, Master Academic Studies as well as Doctoral Studies can be available in English language.

According to the latest research, tuition fees at Serbian universities are among the lowest in the world. Of course, this does not mean that education alone is in any way damaged, as is shown by numerous awards that students from Serbia conquer at various international competitions.

Also, Serbia has developed a program called “The World in Serbia” that offers students from non-aligned countries to come to Serbia, learn the Serbian language and enroll in the desired faculties, and this is completely FREE. Namely, students from these countries will be financed from the state budget for staying, studying and living during their studies in Serbia.

If you decide to start your higher education at some of the Serbian faculties, we can say that two things are guaranteed to you.

First, you will meet friends for a lifetime. It is widely known that the people of Serbia are well-intentioned and extremely hospitable, so you can count on the fact that you will be accepted in Serbia.

In the second place, you can find an overwhelming student and night life with all its privileges. Namely, students in Serbia have at their disposal numerous discounts for various services, from lending books at the national library, through benefits offered for transport of the students in the city, to restaurants that can offer you prices that are on an enviable level.

5. Affordable prices of life in Serbia

Serbia can praise that it is one of the most convenient places to live, and that’s exactly what makes it ideal for the life of students. This is a privilege with which few other countries can boast. Compared to other countries, living costs in Serbia are much lower.

If finances are an important factor in your choice where you will start your higher education and gain a university degree, Serbia can definitely provide you with some of the best prices. 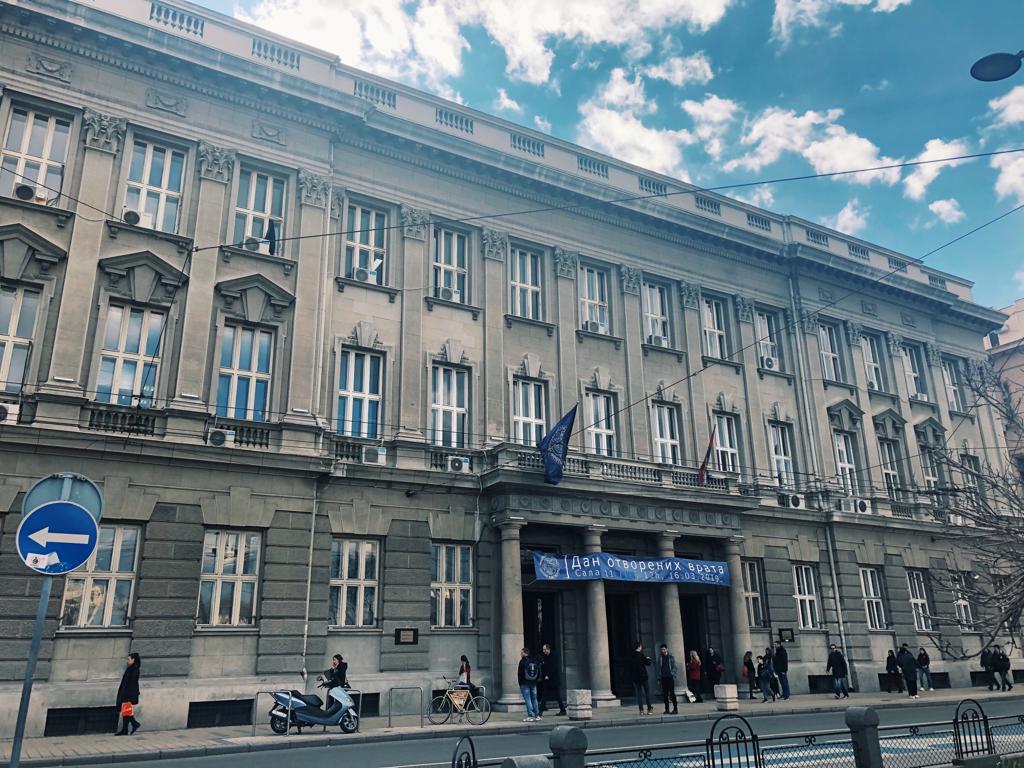 The University of Belgrade, the biggest and the oldest public university in Serbia, is ranked among the best 300 world universities by the Shanghai Jiao Tong University’s Academic Ranking of World Universities (ARWU), better known as “Shanghai Ranking”

During the two centuries of its existence the University of Belgrade has served its people, and its former students and teachers have greatly contributed to the development of cultural, scientific, educational, political and economic life of our country. The mission of the University of Belgrade is to provide superior education and exceptional knowledge to its students, not only in terms of their intellectual growth and development, but also in terms of growth and development of their human qualities and ethical values, and inspiring their wish and inclination to be leaders; moving the boundaries of knowledge and higher education, promoting intellectual surroundings which cherishes and honors true values, respect and accepting people’s differences and devotion to knowledge, development and human values. Devoted to studying, education, progress and prosperity, the University of Belgrade strives to set the strongest standards in higher education, to cherish and encourage intellectual and personal growth and to stimulate meaningful work and effort which serve to the well-being of the entire society. The University of Belgrade, the biggest and the oldest public university in Serbia, is ranked among the best 300 world universities by the Shanghai Jiao Tong University’s Academic Ranking of World Universities (ARWU), better known as “Shanghai Ranking”

The University of Novi Sad builds its future hand in hand with other institutions that belong to the common European Higher Education and Research Area, but also collaborates actively with institutions from around the world. The cooperation is based on numerous bilateral and multilateral agreements.

The University of Novi Sad, with more than 50,000 students and 5,000 employees, is one of the largest educational and research centers in Central Europe. It belongs to the group of comprehensive universities, which are characterized by providing nearly all fields of science and higher education. The University of Novi Sad offers around 400 accredited study programs at the level of Bachelor, Master, Specialist and Doctoral studies, carried out at its Faculties and within its Centers for Interdisciplinary and Multidisciplinary Studies. The study programs are modern and up-to-date with the latest developments in science and research. Along with the Faculties and Centers, three Scientific Institutes have a significant role in creating a solid scientific base for the process of continuous modernization of the educational offer. The University of Novi Sad has a well-developed research infrastructure and great potential for innovation. The Central Library and the Faculty and Institute libraries offer a rich array of publications that cover all relevant scientific areas and enable access to large electronic databases. Resulting from a special agreement on cooperation, researchers, professors and students have access to the Matica Srpska Library, the oldest Serbian scientific and cultural institution, founded in 1826, which offers more than three million publications. The University encompasses around 250 laboratories. Of special significance to the strengthening of innovativeness is the Technology Park of the University of Novi Sad. With the support of the Faculty of Technical Sciences, around 140 start-up and spin-off companies have been founded, mainly in the IT sector, employing young engineers who graduated from the University of Novi Sad. Some of these companies implement projects for large international corporations and have contributed to Novi Sad becoming recognized internationally as a “Software Valley”

We use cookies to ensure that we give you the best experience on our website. If you continue to use this site we will assume that you are happy with it.Ok